We have been featured in the Good Living October 17, 2006 issue. 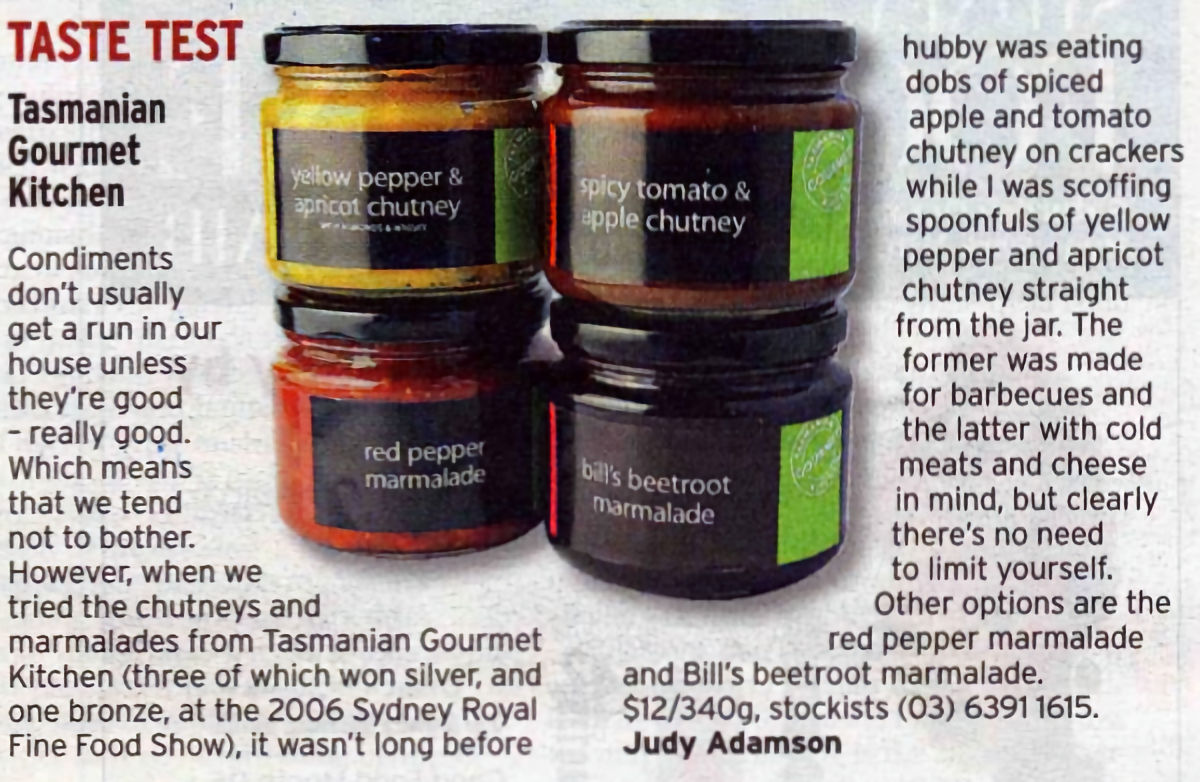 Condiments don’t usually get a run in our house unless they’re good – really good. Which means that we tend not to bother.

However, when we tried the chutneys and marmalades from Tasmanian Gourmet Kitchen (three of which won silver, and one bronze, at the 2006 Sydney Royal Fine Food Show), it wasn’t long before hubby was eating dobs of spiced apple and tomato chutney on crackers while I was scoffing spoonfuls of yellow pepper and apricot chutney straight from the jar. The former was made for barbecues and the latter with cold meats and cheese in mind, but clearly there’s no need to limit yourself.